to see video link here: pinkk at the Southern, Minneapolis

A performance in two sections, pinkk begins in the lobby space where performers are situated in constructed plastic spaces designed in response to the buildings architecture as a way to interrupt perception. The three performers establish varying levels of intimacy with the audience in the first movement called ‘plastic fantastic’.
The artists and audience then move into the black box for the second movement, ‘room’, where the performers guide select audience members (who share the stage space) through moments of control and submission.
The core conceptual idea for pinkk is to challenge the power of the gaze as personal risk. 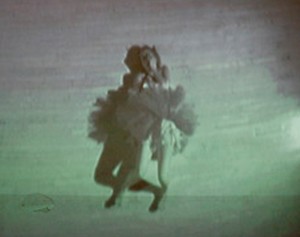